The game tests your leadership skills by letting you build a fortress and raise and train your army of barbarians, archers, wizards, dragons and others. You can battle with other players and their clans in an online world or join hands with other players to build the ultimate clan. To download Clash of Clans for PC, all you need is an Android emulator and an Internet connection. The download process takes only a few minutes and you will be able to start playing the game within no time.

Clash of Clans for PC – Features

The game has been installed on hundreds of millions of devices worldwide with tens of thousands of new installs daily. The game has over 17 million 5-star reviews on Google Play Store with millions of players clashing with each other regularly.

If you don’t have a smartphone or you want to play the game on your PC, then you can simply download Clash of Clans for computer using the emulator. Before you install the game, let’s take a look at some of its best features. 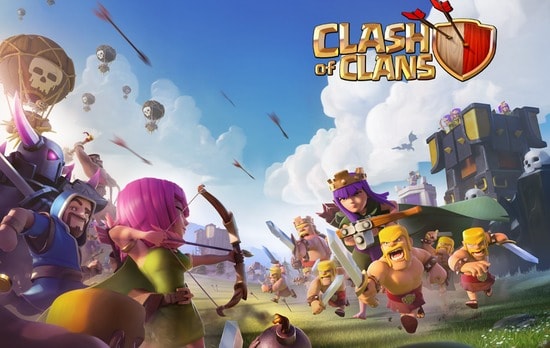 These are only some of the features of Clash of Clans online game and once you start playing it, you will find a lot more new features. With every new update, some new features and adventures are being added to make your game a lot more enjoyable.

The game is currently available on smartphones running Android and iOS and there is no official PC version of the game. However, you can use one of the many Android emulators to download and install the game easily. 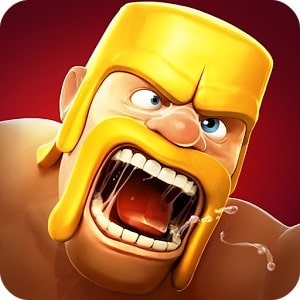 There are many emulators but we will go with BlueStacks app player as it is the best and the most stable emulators available. You can use the below link to download it on your computer.

Once you have downloaded the emulator, go ahead and complete the installation process. After it is successfully installed, follow the below steps to download Clash of Clans on computer.

If you are using BlueStacks for the first time, then you will have to login to your Google Play Store account and enable the App Sync option to set up the emulator.

Step 1: Open BlueStacks on your computer and then click on the Search icon on the top. Now, type in “Clash of Clans” and hit enter and you will see the app appear on your screen. 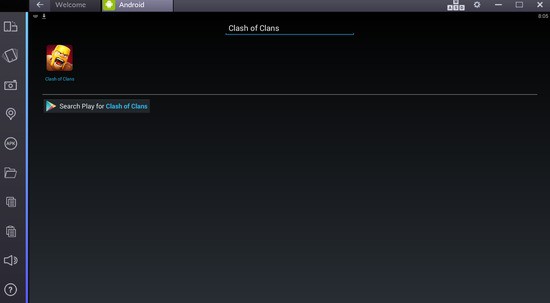 Step 2: Next, click on the app icon that says Clash of Clans and you will be redirected to the official page of the game on Google Play Store.

Step 3: Once you are in Google Play Store, you will have to click on the Install button to begin the download process. 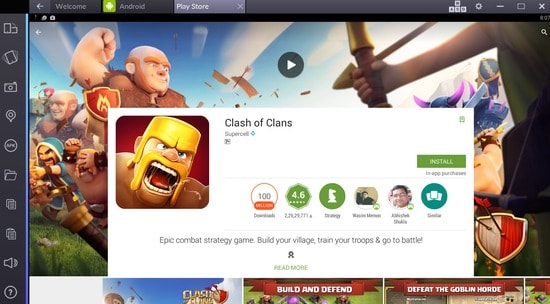 Step 4: When you click on the Install button, you will see a pop-up appear on your screen asking you to give permissions to the app. So, go ahead and click on the Accept button the accepts the terms and give all permissions.

Step 5: Now that you have successfully granted the app all the permissions, the download process will begin. This process will take a few minutes to complete, so be patient.

If you have followed the above steps properly, you will have installed Clash of Clans for PC successfully. You can now go to BlueStacks and click on the “All Apps” tab to open the application on your computer. Open the application, setup your account and start building your village and train your troops.

This is how you can successfully download Clash of Clans for PC. If you liked the article, then please share it with your friends so that they too can install the game and start building their own clan. You can  then join hands to beat players from around the world.